A Decade To Remember 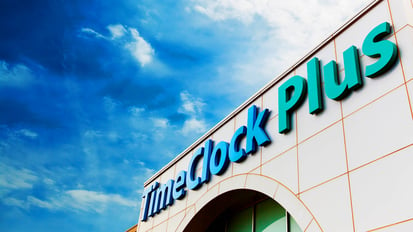 I joined the TimeClock Plus team in 1995, back when there were about eight of us at that time working out of a 1,700 square foot house that had been converted into an office. My office was the first bedroom on the right. To be honest, I was simply happy to be in the software industry versus working in a pizza place. I felt like this would be an excellent opportunity for my family and me, and for the first time in my life, I felt like I had a career path and a bright future.

A lot has happened over the last couple of decades. I remember sitting at the support desks with our team on New Year’s Day back in 2000, waiting for clients to call in case they had worries about the Year 2000 bug. Of course, we had fixed that date formatting issues a year before, but we were ready to help in case anyone called. We waited until mid-morning, and when no one called, we took the rest of the day off.

Coincidentally, 2000 was the same year we won Texas Small Business of the Year. It was also the last time we were eligible for that award, because we moved past the limitation stating that small businesses had to be 25 employees or less.

In 2003, we released our first SQL-based software and felt like we were ready to compete with anyone. And we were right; we were no longer just a company that could help small and midsized businesses. We could take care of the needs of just about anyone.

In 2005, we started working on our SaaS offering, well before most people even knew what SaaS meant. Our current president spearheaded that effort, and because of his hard work and dedication, we now provide one of the best—if not the best—SaaS products in the market today.

In 2010, we went full-steam-ahead with version 6.0 of TimeClock Plus, and we rebranded ourselves with a new logo. Everyone knows our current logo, but this is one of the earlier logo concepts that didn’t make the cut:

In September 2012, we moved into an even bigger office: a building of almost 24,000 square feet, with our own parking lot and a big sign out front. Our employee count was about 100, and we thought, “Now we’re rolling.”

Turns out, we were rolling. We thought that building would easily last us five to seven years; we underestimated and outgrew it in three.

Early in 2015, we released our first touch screen time clock, and in mid-2015, we released v7. I remember working closely with our CTO Steve as we brought the product to market. He became one of my mentors, and he still has a significant impact on my life.

By mid-2016, we had grown to a little more than 125 employees and moved into our current headquarters of more than 64,000 square feet. At the time, it felt vast, and we joked about how we would get lost walking down the wrong hallway. What would we do with all this space?

And now we’re here in 2020, and I’m approaching my 25th year. It doesn’t seem like it’s been that long, until I stop for a moment and really think about the good old days.

I think about the times I stapled manuals with Mark at 11:00 pm, or built training videos at 4:00 am as Ernie walked into the office with an, “oh, you wanna dance, Turner?”

I remember calling Butch from the road, talking about work, life, and just stuff. I still reminisce about working with Jaime in Dallas and spending the night at Jorge’s house when I’d come into town. And for more than a decade, we joked about competing for who would put in the most time, although I mostly lose that game to Ernie and Trey these days.

I have too many memories to count, really. I suppose it has been a long time after all.

As many things change, many things stay the same. I’m still very happy to be in the software industry. Ernie and I still joke with each other about taking a half-day if one of us leaves before 7:00 pm. Sometimes I still drink a cup of coffee outside under the awning when it’s raining, just like Mark and I used to do at the old house office.

But I’m also excited about the future ahead. With more than 320 employees, four offices, and the best timekeeping solution in the industry, we are once again poised for an amazing decade. We have a creative and innovative crew, a great strategy, and a future of growth ahead of us.

For many years now, we have said that this is the best time to be at TimeClock Plus. And you know what? We’re still right.

Happy New Year! I can’t wait to see what happens next.